Sermorelin is an excellent GHRH analogue with strong GH releasing action and very few off-target effects. In addition., the peptide has been found in animal studies to improve heart health, increase bone density, improve renal function, and possibly even fight off the effects of dementia. GHRP-2 not only helps to build muscle, but has been shown to enhance muscle structure as well. It is also a strong appetite stimulant, improves heart function, boosts immune function, reduces pain perception, and benefits sleep quality. GHRP-6 has been shown to protect brain tissue, enhance memory, boost wound repair, and modulate reward-seeking behavior.

The above list of effects demonstrates both common overlap as well as complimentary features for the peptides above. By combining a GHRH analogue and a ghrelin analogue, maximal growth hormone release is achieved. By combining all three peptides in the correct way (e.g. alternating GHRP-6 with GHRP-2 dosing), it is possible to also amplify the peptides’ secondary effects and achieve additional benefits such as enhanced bone deposition, improved brain protection, and more. 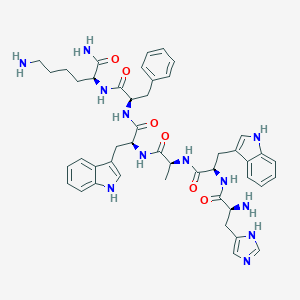 Sermorelin is one of a handful of growth hormone releasing hormone (GHRH) analogues that have been developed in recent years in an effort to preserve some of the positive effects of natural GHRH while avoiding undesirable effects. Sermorelin (Geref) is currently used clinically to assess growth hormone secretion, but the peptide is of additional interest for its abilities to:

Growth hormone releasing hormone (GHRH) has been modified a number of times to produce analogues that preserve some of the hormone’s effects while eliminating others. One of those modifications, CJC-1295, consists of just the first 29 amino acids of GHRH. This analogue of GHRH, which is technically a maleimido derivative of hGRF(1-29), was created in an effort to produce a more soluble GH secretagogue that is easier to produce in large quantities but still preserves the physiologic actions of GHRH.