Follistatin (FST) 344 is a synthetic version of the naturally occurring human follistatin protein. Follistatin is found in nearly all tissues of higher animals and comes in two separate isoforms as a result of alternative gene splicing. Its primary biological function is neutralization of proteins in the TGF-beta superfamily. It has particularly potent neutralizing effects on activin, myostatin, and follicle-stimulating hormone. 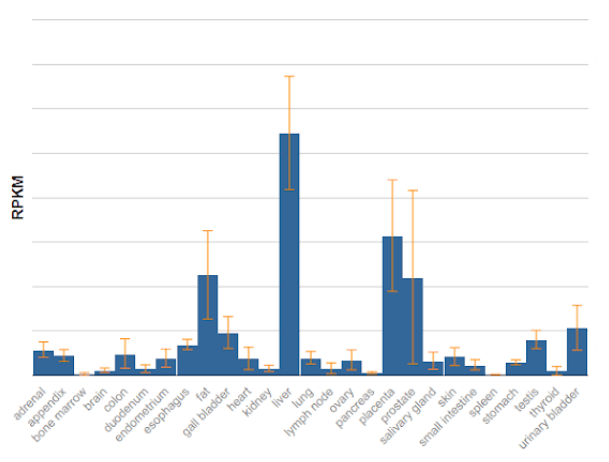 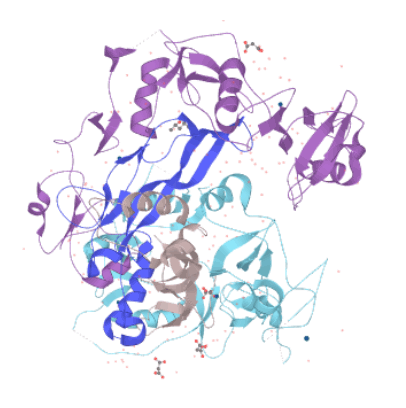 Myostatin is a protein produced by muscle cells themselves that inhibits muscle cell growth and differentiation. It is a member of the TGF-beta protein family and therefore is susceptible to inhibition by follistatin. Previous research has shown that animals lacking myostatin have significantly more muscle mass and are stronger than normal. This led scientists to speculate that administration of follistatin could improve muscle growth and help to treat a number of medical conditions, like muscular dystrophy, that impact muscle growth and strength.

In mouse models, follistatin has been shown to increase lean muscle mass without the need for special dietary or exercise requirements. After just eight weeks of follistatin injections, mice in the treatment group had 10% more muscle mass than mice in the control group. This, again, is a result obtained without exercising the mice or subjecting them to special diets, indicating that gains could be even more substantial with appropriate training.

Research in everything from mice to monkeys has shown increased muscle size and strength when follistatin therapy is initiated. There is hope that the protein can be used to treat muscle disorders, such as inclusion body myositis, that have so far proved relatively resistant to pharmacologic intervention. Research in mouse models of Duchenne muscle dystrophy (DMD), for instance, show that follistatin treatment leads to hypertrophy of skeletal muscle while also reducing inflammation and fibrosis. The benefits are dose-dependent and lead to clinically relevant changes in strength in the setting of DMD. These are significant findings that could help doctors to reduce or eliminate the weakness associated with certain muscle disorders, thereby restoring quality of life and reducing morbidity in these conditions.

Research indicates that follistatin boosts muscle growth by stimulating the insulin/IGF-1 pathway. Interestingly, the protein only requires that one of these signaling molecules be present for full anabolic effect. Follistatin actually causes a decrease in muscle expression of IGF-1, something that was initially counter-intuitive to scientists until they understood that its effects can also be mediated via insulin itself. Research indicates that follistatin influences the pancreas to produce more insulin, suggesting that the protein is intimately associated with insulin signaling. 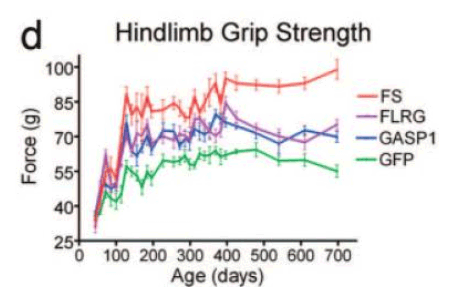 The ability of follistatin to suppress metastasis was confirmed using a mouse model of HER2-positive breast cancer. It was found that follistatin blocks activin-induced migration of breast epithelial cells, but the protein is lacking in the average breast tumor. Restoring follistatin was found to completely block the formation of lung metastases even though it had no impact on tumor growth.

Follistatin plays a role in benign proliferative disorders of the breast as well. Conditions like fibroadenoma, florid hyperplasia without atypia, ductal carcinoma in situ, and more are all characterized by increased levels of FST. Once again, the trend is toward follistatin boosting local growth while reducing the probability of distant metastasis. 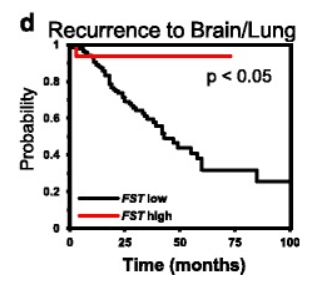 Research has identified bone morphogenic protein (BMP) as a causative agent in the transition of normal esophageal tissue to Barrett’s esophagus, a precursor to cancer. It appears that acid reflux over-activates BMP in the esophagus and that counteracting this over-activation, such as through follistatin supplementation, could prevent the development of Barrett’s esophagus in the first place.

BMP misregulation is actually a common theme in a number of different cancers. For instance, impaired BMP signaling is important in the progression of colon cancer. More research clearly needs to be done, particularly in animal models, to better quantify how follistatin can be used in the treatment and prevention of BMP misregulation.

Researchers have found that follistatin active in a number of different tumors and that its effects are not just limited to breast cancer and liver carcinoma. With better understanding of how follistatin works, it is hoped that a number of clinical applications for the protein can be developed. Currently, follistatin expression has been associated with improved survival in breast cancer, but shortened survival in lung, ovarian, and gastric cancers. It is hoped that understanding these differences in how the protein affects survival will allow for the development of treatment adjuvant tailored to specific types of cancer. Follistatin research may even form the basis of a cancer preventative or vaccine, slowing rates of metastasis and improving long-term survival.

The research into breast cancer revealed an odd dichotomy in that follistatin promotes cell proliferation but restricts metastasis. As it turns out, this dichotomy of follistatin is true in most tissues. In the liver, in particular, hepatocytes require follistatin expression in order to proliferate. Rat models show that the inactivation of activin via follistatin may be necessary for proliferation to take place. This may explain why follistatin is associated with increased tumor growth, but decreased tumor invasion and metastasis. There is likely an energy trade off that takes place during growth in which the migratory functions of a cell are shut off in order to shunt energy into growth and reproduction.

The ability of the optic nerve to fuse in early development is critical to ability of humans to see. It has been known for some time that TGF-beta signaling is critical to remodeling of the extracellular matrix and eventual fusion of the optic nerve. Research suggests that high levels of TGF-beta proteins, particularly bone morphogenic protein (BMP), suppress optic fusion and can lead to blindness. Inhibition of these proteins can override their effect and lead to fusion, thereby ensuring the optic nerve is intact and thus vastly reducing risk of blindness. There is basic research into the benefits of follistatin supplementation during critical development periods of pregnancy to ensure that optic nerve fusion takes place.

Research in humans indicates that follistatin, particularly when used in combination with other hair-growth stimulants, can improve hair growth substantially. Measurements in a small trial of 26 individuals showed a 20% increase in hair density and a nearly 13% increase in overall thickness. These results remained for at least one year following treatment with a single intradermal injection of a follistatin/Wnt- complex.

Research in mice indicates that over-expression of follistatin can actually increase the mass of beta-islet cells, the cells responsible for producing insulin. This leads to an improvement in insulin levels, decreased fasting glucose levels, and a decrease in the symptoms of diabetes. Most importantly, mice treated with follistatin doubled their lifespans as the complications of diabetes were virtually eliminated. There is hope that follistatin may shed some light on how to improve both type 1 and type 2 diabetes by boosting the function of whatever functional islet cells are left in the pancreas. This approach is similar to using exogenous insulin to treat diabetes, but benefits from being subject to all of the normal physiologic controls that regulate normal insulin release. With improved physiologic dosing of insulin comes improved outcomes in diabetes.

The Future of Follistatin Research

Follistatin research touches a number of human conditions from cancer and muscle dysfunction to hair growth and diabetes. The field is very active, with new research published frequently and new insight into the complex physiology of follistatin being gained regularly. There is a great deal of potential in follistatin research, including the potential to develop therapies for a variety of diseases as well as an ability to probe deeper into human physiology.

Follistatin 344 exhibits moderate side effects, low oral and excellent subcutaneous bioavailability in mice. Per kg dosage in mice does not scale to humans. Follistatin 344 for sale at Peptide Sciences is limited to educational and scientific research only, not for human consumption. Only buy Follistatin 344 if you are a licensed researcher.